Almost too much awesome! 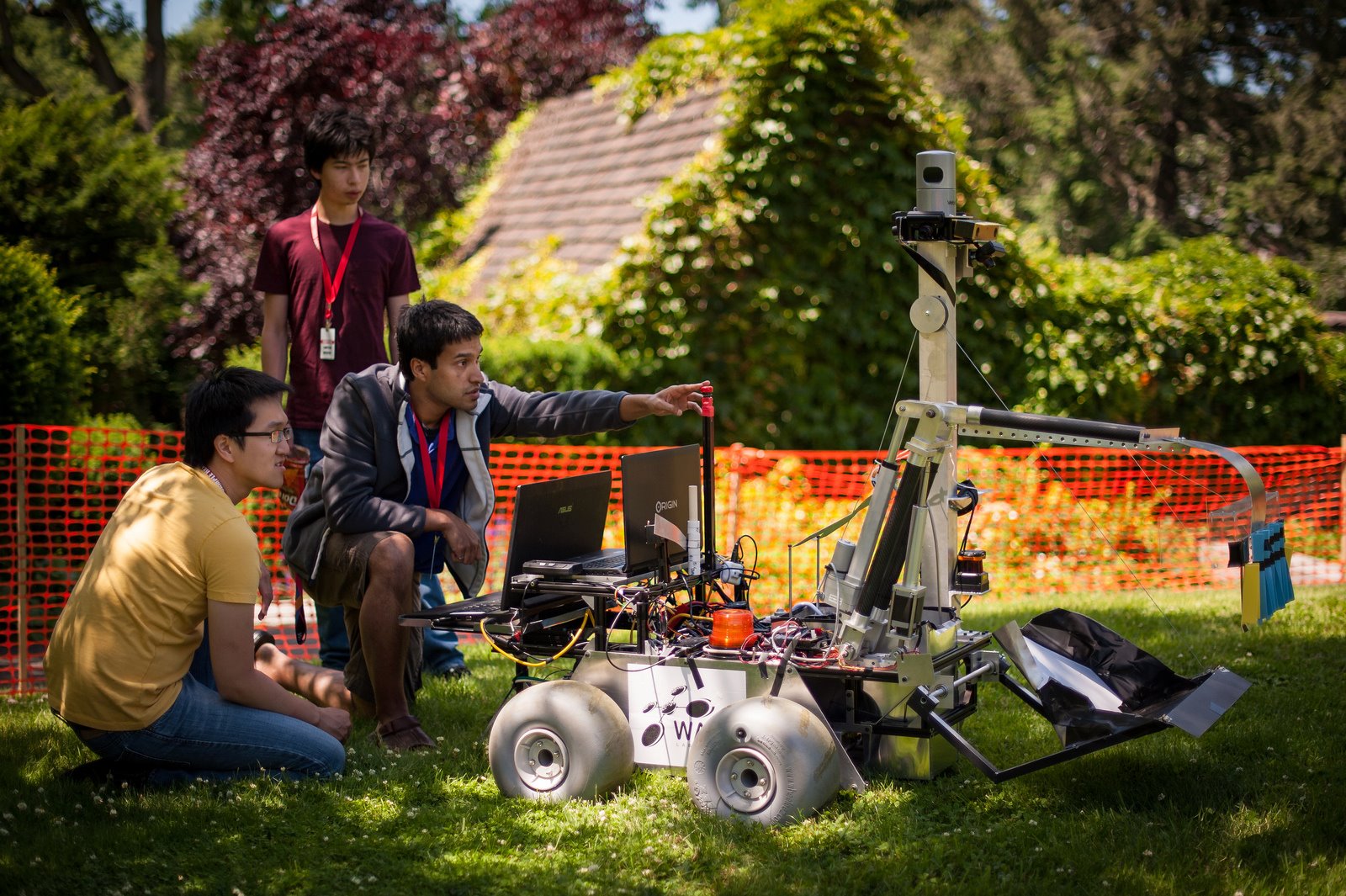 PhD: I am investigating ways to apply information theory to the SLAM problem. Specifically, I am looking at how to quantify the information provided by observed measurements, and how the measurement information relates to the observability and sensitivity of the vehicle state, especially when the system is augmented with additional inertial and GNSS sensors. Quantification of the measurement information is a powerful ability, as it allows us to predict which features of the environment will provide the most useful data for estimating the vehicle motion. Furthermore, this research develops a generalized information theoretic framework which will be used to analyse and improve existing SLAM algorithms, and also provide complementary approaches for other important mapping functions, such as key-frame selection and sensor reconfiguration.

Masters: My masters work looked at pointcloud based SLAM and scan registration, where I specifically looked at methods to overcome the shortcomings of the NDT algorithm, in both 2D and 3D scenarios through the Multi-Scale k-Means NDT (MSKM-NDT) and the Segmented Greedy Cluster NDT (SGC-NDT) algorithms. These methods significantly reduce the number of Gaussian clusters required for scan registration, and propose a smooth and continuous cost function that guarantees convergence of the optimization.  Master’s Thesis.

The NSRRC is a NASA Centennial Challenge which offers a $1.5 Million dollar prize to teams which are able to demonstrate autonomous navigation and sample collection and retrieval over a varied 80,000 square meter sized terrain.  As part of this project, I led the team which developed a real-time, 3D laser-based, SLAM algorithm. We successfully developed a strategy capable of localizing the robot to within 10 cm accuracy in a large, forested area. A video of the 2D obstacle map can be seen below: